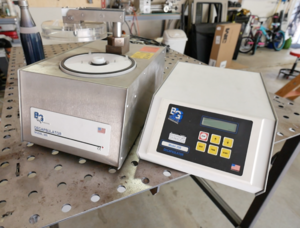 This tool is used to remove the epoxy package covering the silicon wafer of an integrated circuit, referred to as decapping. This is done by spraying acid into a contained temperature controlled area for a pre-determined period of time. The time, temperature and volume of acid can be controlled by creating programs which are saved within the machine. This leads to repeatable results when decapping IC's for failure analysis, reverse engineering or other endeavors.

This machine appears to be a very early model developed in the mid 1990's by Nisene Technology Group formerly known as B&G International. According to their website, it was the first to feature dual acid etching (Nitric and Sulphuric) technology.

Documentation for this specific unit is nowhere to be found online, every picture or reference to the machine shows paper manuals and all the usual searches on company websites return no results. Nisene was contacted directly but they stated they had no record of any material on this unit.

Some documentation describing similar machines below

This image from the book "Product Integrity and Reliability in Design" appears to be a schematic of the Model 250. 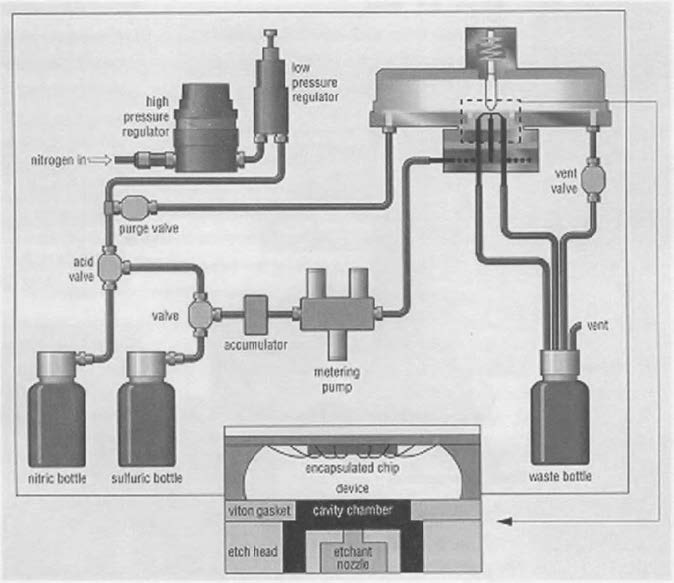